Increasing Conversion Rates with a Consistent and Focused Message of Value 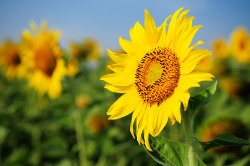 “Landing page.” It’s a term Internet marketers throw around like it should mean something to you. Maybe you’ve sat in a meeting only to hear this term thrown out there. And you just nodded along because… Well… It sounded like something you needed. You should, by no means, feel stupid. It’s a more common question than we give it credit: “What is a landing page?!?”

At its simplest definition a landing page is:

A single web page, or small self-contained group of web pages, that people visit in response to an advertisement. The landing page is written as a logical extension of the advertisement. Its goal is to capture a business lead (get someone to contact your business) or generate a sale.

Landing pages can be used with PPC, paid search, direct mail, Facebook ads, magazine/newspaper ads, and pretty much anywhere else you could put an advertisement. END_OF_DOCUMENT_TOKEN_TO_BE_REPLACED

Are you thinking about joining Twitter? Over 140 million people already have. It’s worth trying, especially if you are in business with a focused area of interest. Twitter works best if you have only one or two areas of interest that you tweet about. In fact, it’s similar to blogging because Twitter is just micro-blogging. Small posts of 140 characters or less meant to tantalize, communicate concisely, and drive traffic to your website articles.

I was a hold out of Twitter for many years. In fact, I only joined about 1 month ago. The thought of hearing about any persons minutiae of their day didn’t appeal to me. Turns out, everyone feels that way and there aren’t that many people who actually tweet such details. You can always unfollow those types too and never hear their time-wasting tweets again. What I found great about Twitter is that I could follow anyone with similar interests to me. I can get news, industry research, and just about anything I want by following people with those interests. It surprised me that Twitter was just as capable for business as it is for the consumer.

Being new to Twitter can be overwhelming. Especially since people are abbreviating and using a unique Twitter language. The lingo can be downright frustrating to learn sometimes. Not too mention hashtags (#something). What does it all mean? How do you use it? END_OF_DOCUMENT_TOKEN_TO_BE_REPLACED 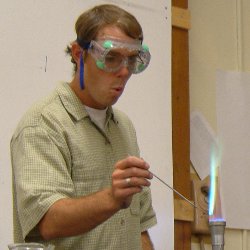 Website optimization is a science. You put yourself in your visitors shoes, come up with a hypothesis (or idea), implement an experiment, and measure the results. Then lather, rinse, and repeat. Try it. Before you know, you’ll have a long list of best practices that work for you and your business.

You may be wondering what I mean by website optimization. This is the practice of designing, writing, and developing your site to increase the number of people who contact your business. It is basically web design with a focus on marketing & sales. It goes well beyond just aesthetic appearance.

devEdge Internet Marketing has been working with business websites for years. We’ve come up with some general best practices. These are some of the things we find work most of the time and for most businesses out there. Many of these tweaks can be implemented by you. None of them take a lot of technical expertise. So give some of these ideas a try and see what happens! END_OF_DOCUMENT_TOKEN_TO_BE_REPLACED

Finding the Ultimate Benefits of Your Product or Service is Key 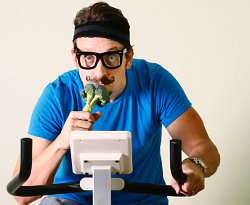 It may upset you to hear this but nobody cares about your product or service. Even your current customers and clients.

I’m not trying to be mean or insult you. Please understand that it’s not you and it’s not your work. It’s our human nature.

It’s the same for your product or service. People will buy it because of the ultimate benefit they will get. You see, people don’t want what you’re selling… They want what it will do for them! Do you know exactly why your current customers and clients are buying from you? Do you know what the true benefit of your product or service is to them? END_OF_DOCUMENT_TOKEN_TO_BE_REPLACED 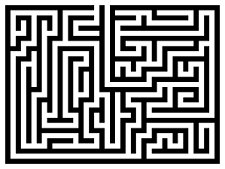 I remember, for the longest time, thinking that link building was some sort of arcane voodoo art. That maybe the only way was to pay a shady character who claims to have thousands of websites in his “network” to create links for me. I’d search the topic and the advice was almost always the same: email the webmaster and ask for a link. If that were the case, link building seemed like a lot of work and a lot of rejection. Fortunately, I’ve learned a few things over the years. Things about link building that you can practice while simply going about your day. END_OF_DOCUMENT_TOKEN_TO_BE_REPLACED